Stereo tool is a software-based audio processor which offers outstanding audio quality and comes with many unique features. It is used by over 1500 FM stations ranging from small local stations to 50-100 kW stations and nation-wide networks with dozens of transmitters, thousands of streaming stations and many DAB+, HD, AM and TV stations. It can be used for both live and file based processing.

Stereo Tool can make recordings sound equal and consistent in volume and sound color, bring out the details, and increase existing stereo effects. It can repair ‘broken’ stereo images which often occur on cassette tapes, vinyl and cheap CD’s, which normally causes havoc when playing it on a mono system, headphones or a system which includes a stereo widener. 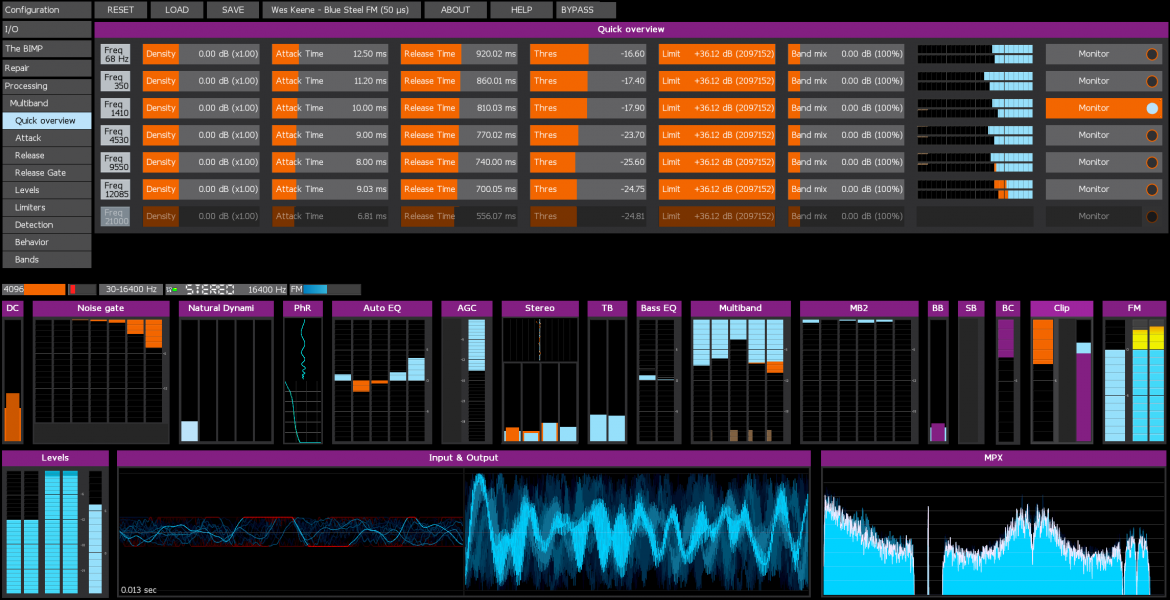 Dehummer
Removes unwanted constant sounds, such as a 50/60 Hz hum from bad cables

Loud & clean!
Upto 140% audio level at 100% modulation
Gives 2-3 dB extra headroom for highs
Be the loudest and cleanest station on the dial!