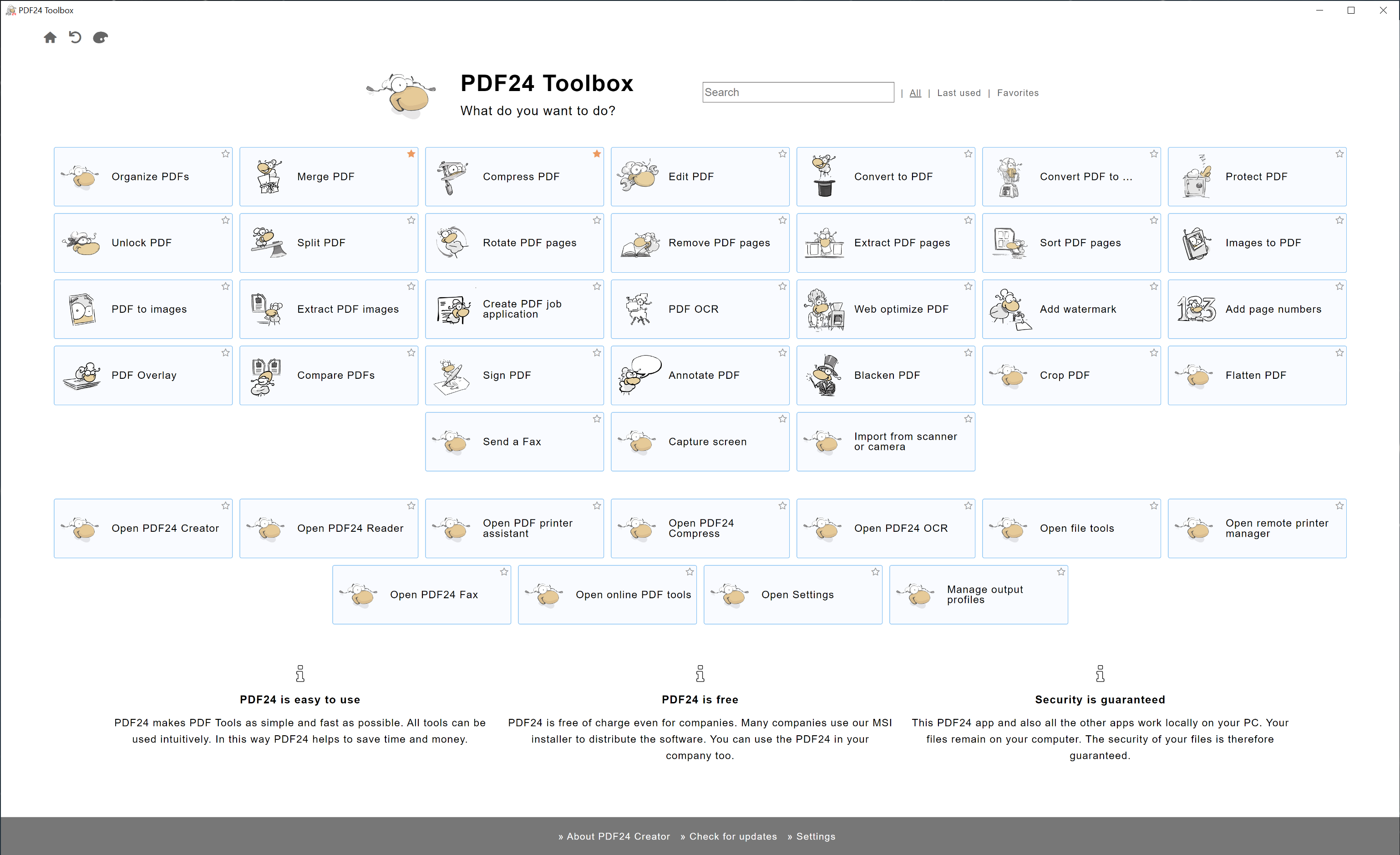 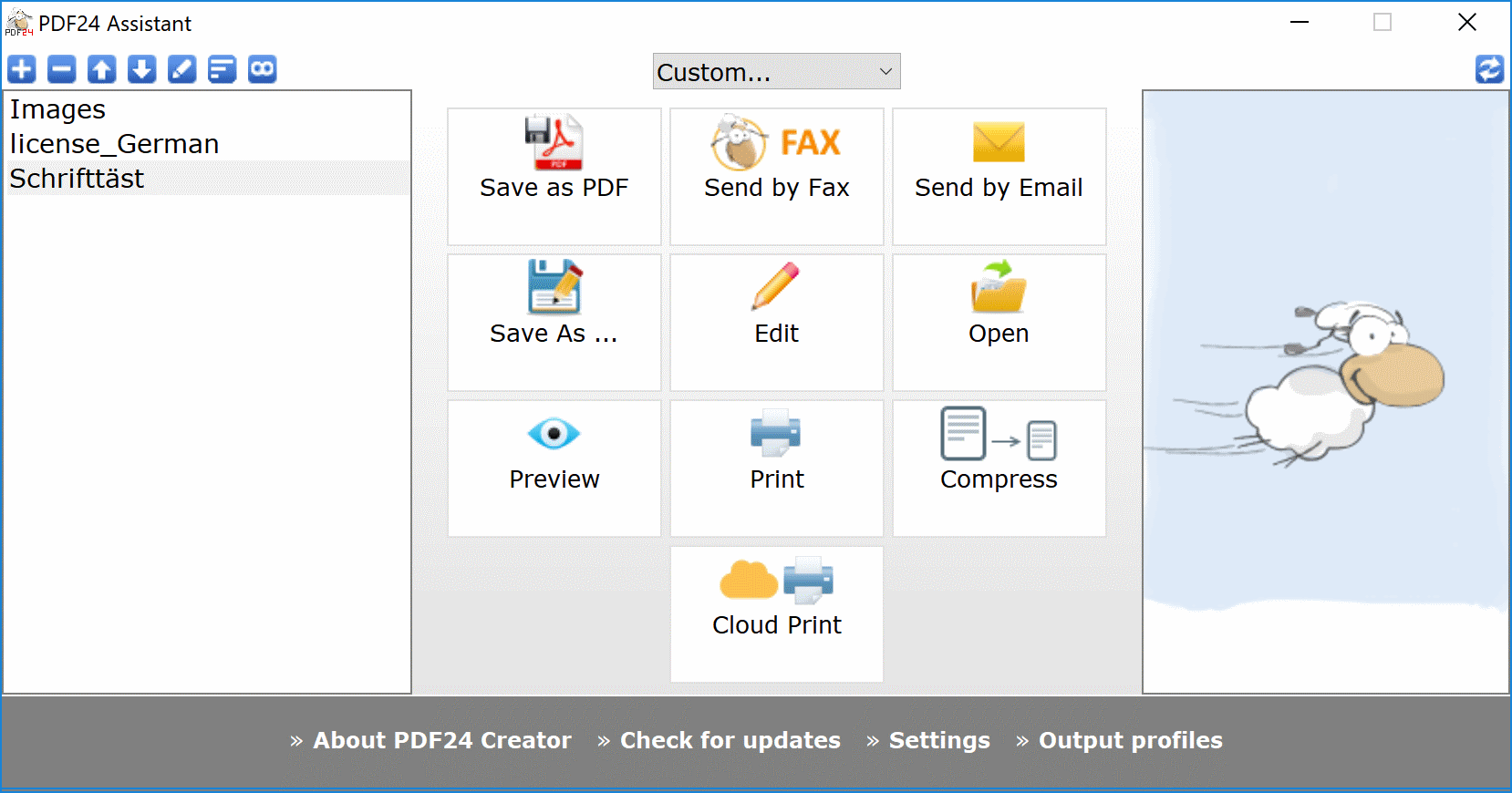 pdf24.exe backend system starts when together with the toolbox if the backend process is not already started

The current version 103.0.1264.49 of Webview2 is now used. How to use the Evergreen version of Windows is described in the manual in the registry settings section.

If another PDF24 installation via MSI already exists, this will now be detected by the EXE installer.

Closing the application window right after it appeared could result in a process still running in the background. This problem is fixed.

The Merge PDF and the Images to PDF tool have now received an option to create bookmarks based on file names. Some users have requested such a feature.

If the bookmark function is used with the Merge PDF Tool, then the Java-based implementation is always used when executing the function, since this feature is only available here.

The Java-based PDF implementation had a problem merging hundreds of files due to command line length limitations. This problem has now been fixed. We have implemented a new command execution mechanism to overcome this limitation and to generally increase flexibility for features we will add in the near future.

The previewer now destroys the pdfjs webworker when the previewer is closed to release resources.

The PDF page renderer, which renders all pages of the PDF, now also destroys the pdfjs webworker when all pages have been processed.